You are here: Home › How To Make A Blog and a Blog Income › blogging guide › Blog Expert Series: The Mindset Of A Successful Blogger
0 Flares Twitter 0 Facebook 0 Google+ 0 LinkedIn 0 Email -- Buffer 0 0 Flares × 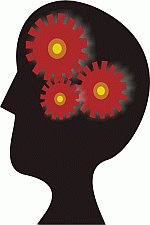 I’ve completed a couple of Blog Expert series now and the feedback on each has been very encouraging.

The first one: Link Building Campaign

The second one: Building and creating a blog for the long term

So…we’re going to start another one.

In the next Blog Expert series, we’re going to move on to an important but often neglected element of running a successful small business – Mindset.

Now…I want to be straight to the point here:

I’m not talking about passion, determination, drive, persistence, energy – topics like that have been written about too many times.

We’re going to explore a few of the critical traits which make business owners succeed while their competitors fail. Traits that are often overlooked!

But if you fancy having a guess on the subjects we shall be covering…share them in the comments below.

You Either Love This Or Hate It
Blog Expert Series: What Sex Feels Like For A Blog

35 Responses to Blog Expert Series: The Mindset Of A Successful Blogger