You are here: Home › How To Make A Blog and a Blog Income › Blog Expert Series: What Sex Feels Like For A Blog
0 Flares Twitter 0 Facebook 0 Google+ 0 LinkedIn 0 Email -- Buffer 0 0 Flares × 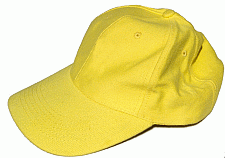 Over the last few weeks, I’ve been sharing a new approach to blog writing by sharing a couple of new Blog expert series with you and the feedback has been very positive.

The first one: Link Building Campaign

The second one: Building and creating a blog for the long term

So here is the next one…

I believe this area is a very important but often neglected element of running a successful small business.

What am I referring to?

When people encounter that word, they often shy away from it, as it sounds a bit too fluffy and emotional to be attributed to something as concrete as blogging or business, but without the right mindset we won’t succeed in our enterprises.

Our approach to our job is as fundamental as other more concrete skills such as IT literacy or financial acumen, and we need to keep our emotional skills and traits sharp in addition to practicing good business in other more tangible ways.

So, with this in mind, we’re going to explore a few of the critical traits which make business owners succeed while their competitors fail.

I’m calling it the Six ‘C’s of blogging success, and we’re kicking off with a look at creativity.

If you think that the act of being creative is something best left to people with art studios and sandals, think again. Having a creative approach to blogging and business can mark you out as a true entrepreneur, bringing new ideas and a fresh perspective to even the most tired of subjects, in a way that attracts customers and gains you a sound reputation for great products and services.

Let’s look at some examples…

A few years ago, the maker of a shampoo product was growing concerned about sales. Takings were dropping, and the company needed a way of generating more sales for their product. An ingenious marketer considered the problem, and came up with three words which transformed everything: Lather. Rinse. Repeat. By popping this phrase on each bottle of shampoo sold, the firm (and every one subsequently who sold shampoo) were able to double the amount of hair product which their consumers used. Job done!

In 1991, inventor Trevor Bayliss was listening to news reports which stated that safe-sex education wasn’t reaching places in Africa where it was really needed. He sat down with a sketch pad and came up with an invention to transform the lives of millions – the wind-up radio. Bayliss was a former professional swimmer and pool salesman, but he managed to come up with an invention that changed the world for the better.

Think about some of the more successful online businesses out there. Ebay is simply the variation on the yard sale theme. Amazon started out as a simple online book store. Craigslist is really just an online advertising space. Remember the guy who made a million, by selling his site off one pixel at a time? These are all examples of the creative process clicking in to place, making businesses thrive and ideas flourish.

You don’t have to be an outright genius to bring a sweetener of creativity in to your business practices. Teresa Amabile, the Harvard business guru, suggests that creativity in business comes from three simple attributes:

With these three elements in place, you can begin to transform the way you think about your business and implement some real changes in the way you work.

What do your customers need?

What do they want?

How can you go about giving it to them in different ways?

It’s time to polish off your thinking cap and view things differently, to lend a creative edge to your business.

How creative are you? Please share your views in the commetns below

Blog Expert Series: The Mindset Of A Successful Blogger
Does Your Blog Cry?

39 Responses to Blog Expert Series: What Sex Feels Like For A Blog