You are here: Home › How To Make A Blog and a Blog Income › blogging guide › While working from home make the most of your time
0 Flares Twitter 0 Facebook 0 Google+ 0 LinkedIn 0 Email -- Buffer 0 0 Flares × 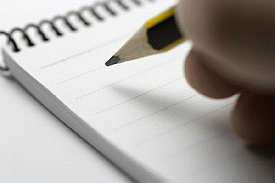 Time management is one of the buzzwords of recent times and there is an infinite amount of information out there, in books, on the net, and in training courses. But it’s very simple – when you think about it, you can’t manage time at all. What you can do is manage yourself and prioritise the demands on your time. There’s a famous story about this. The details vary depending where you read it, but the basic principle is the same.

The best-paid Time Management tip ever?

In the 1930’s, Charles Schwab was the head of Bethlehem Steel, America’s largest independent steel producer. He asked a well-known management consultant, Ivy Lee, how to increase efficiency in the company. This was Lee’s advice:

1. Write down all the jobs you want to do tomorrow, and list the five most important in order of priority.

2. As soon as you start work tomorrow morning, start on the first item and don’t give up until it is complete, or as complete as you are able to make it.

3. Then start on the second item. If other jobs arise during the day, only deal with them if they are more important than the one you are already working on. If not add them to your list in order of priority.

4. When you have completed the first five jobs as far as you can, make another list of the next five jobs. It’s not a problem if you can’t do everything on the list – at least the most important jobs will be completed.

Schwab agreed to ask his managers to put this advice into practice for a month and then pay Lee whatever he felt it was worth. A month later, he sent Lee a cheque for $25,000, equivalent to almost $300,000 in today’s money. Schwab later said that it was the single most useful piece of information he had ever received and he believed it was immensely significant in the success of the company.

Give it a try and you will find it does work beautifully.

You have to be very disciplined if the top things on your lists are tasks you hate doing, but I guarantee it does pay off.

blog income, blogging guide, income blogging, Money, on your, Priority, Success, the most, time, to be, Working From Home