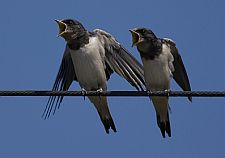 Twitter has been going from strength to strength in the past few months.

Millions of people are registered and tweeting every day, and the traffic of information is huge. Twitter’s recent developments such as keyword tweets and location-based posts are increasing its appeal in social networking.

Does it have any potential from a business point of view? Is Twitter a worthy part of your blogging kit?

One definite plus in Twitter’s favor is the mass interest it can generate in what you have to say.

The people that follow you can see everything you tweet, and if they like it can pass the tweet, or just the subject, on to their followers. Their followers pass it on, and viral marketing begins.

How else is it possible to get that kind of attention, for what you are trying to say?

Businesses are setting up Twitter accounts to sell their products and services, and as small business owners we can tap in to the Twitter phenomenon to support our marketing strategy.

I know of wine sellers, florists, restaurants and many, many more high street locations that use Twitter to create interest in what they have to offer.

It’s also a great platform for online businesses, and is available to everyone.

Where else online can the small business owner talk to the giants of their industry, or even the heads of the company?

It’s possible to talk to a range of people who know what you are trying to achieve and have an idea of what you are talking about, and get feedback.

A well-known writer, comedy performer and stalwart of the electric car industry, Robert Llewellyn, recently ran a session with many people from newspapers and television companies in the UK to demonstrate to them the value of Twitter.

While the demonstration was going on, he asked his Twitter followers to give him questions to ask the audience and also got those followers to answer any questions which people in the room had.

He was demonstrating to delegates that the information that was submitted was instantaneous, and illustrating just how much interest could be generated from a 140 characters.

So, how do you get the best out of it?

Tweets have to be concise and punchy, as you have to articulate your status update within 140 characters.

What better way to get straight to the point, in the minimal time?

Your Tweets need to be constructive and attention-grabbing. You need to be professional about your work but interesting at the same time. This may sound like a tall order, but with practice it can be achieved.

Let people know you have posted a new page on your blog by attaching a link to it in your Tweet. You can attach web pages, photos, blogs or even videos to your Twitter posts, so it can be a great way of showing people what you are trying to do.

Try posting your latest podcast, so word can start spreading of your current projects.

Twitter can be one of a host of useful tools in your blogging portfolio. Used effectively, it can make all the difference to the traffic you get to your site.

Please share your views in the comments below. Thanks.