You are here: Home › How To Make A Blog and a Blog Income › Want Online Success? What Is Stopping You?
0 Flares Twitter 0 Facebook 0 Google+ 0 LinkedIn 0 Email -- Buffer 0 0 Flares × 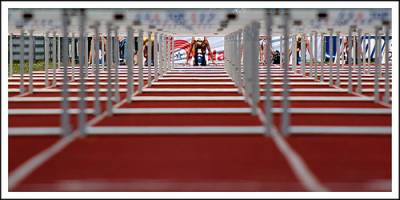 Have you heard that song about people who stuck to their beliefs, against thick or thin, knowing that they were right even when the world turned against them and tried to dissuade them from their path?

I think it was by George Gershwin, and has been covered off by Frank Sinatra and Ella Fitzgerald, too.

The lyrics are great.

They mention some of our most dogged and determined historical figures, like Christopher Columbus, Edison, the Wright brothers and more – people who came up with an idea that was completely unconventional and ahead of its time, in a bid to change the world through innovation.

The uphill struggle for innovation acceptance

The point of the song (apart from being about love, but we’ll gloss over that part because it isn’t relevant to the blog!) is that the majority of people, when they seize on an idea which is ground-breaking, transformational or simply shocking in its originality, are dismissed unless they can prove it outright.

Society can be cruel.

All we have to do is look at the ways some people view religion, or the very different belief systems we all hold, to know that it can be tough to have the courage to stick your head above the proverbial parapet and fight for something you believe in.

The problem is, it’s only by having faith in your beliefs that society can progress in any real way.

A scientist in some gloomy basement lab somewhere, right now, is looking at the contents of a petri dish and having a brainwave which his or her logical mind is shouting down, saying, “That can’t be right”.

If that person trusts their intuition, we could be on the verge of discovering something phenomenal – a cure, a vaccine, a revolutionary new medication.

How we dismiss potentially fabulous ideas out of hand

Most people take the view that if they come up with an idea, and it hasn’t been done before, it’s because it isn’t viable.

So, people with potentially groundbreaking concepts use a system of judgment that stops the innovation in its tracks before it ever has the chance to grow, flourish, and change our world a little bit. The usual way of thinking goes along these lines:

“I hate doing x. I wonder if there’s a better way of doing it?”

“Hmmm. Perhaps if people did this, this and this instead, it would transform x in to something really easy and simple”

“If it was that easy, though, someone would have come up with it by now. I’m betting it can’t work. Silly idea. I’m going to go and do the laundry”.

This means that all those fabulous ideas borne out of frustration, inspiration or imagination can fall by the wayside without ever having been fully explored.

Instead, our thought process should go along these lines…

“I hate doing x. I wonder if there’s a better way of doing it?”

“Hmmm. Perhaps if people did this, this and this instead, it would transform x in to something really easy and simple”

“Wow. That really works. I’m going to talk to people to see if  they think it’s viable and head off to my local patent office and get this thing launched, and tweak it and refine it and perhaps it will change the x process once and for all!”

OK. I get it’s not that easy in real life.

Launching new innovations takes money, time and commitment – and a massive dose of faith and courage.

But, it’s always better to trust your instincts and develop ideas rather than dismissing them through a lack of courage, or a simple problem of inertia and self-doubt.

Why we talk ourselves out of potentially brilliant ideas

It can be really hard to go against the flow of society and consider doing things differently.

It takes guts to project above the conventional way of things and imagine a new path for yourself.

Everything we trust and love in our current society – technology, art, literature, gadgets and gizmos, and beliefs – are founded on this principle.

From the world being flat and our heavens ruled by a dude called Zeus, we’re now in a society where we are free to invent, encourage and adopt new ideas.

Imagine if you let your potential fly? What could you achieve?

Someone sat down once and thought, imagine if there was a site online where people could only upload a certain number of words, and it was totally dedicated to status updates?

And yet, the elevator pitch for that must have sounded absolutely stupid.

Similarly, Google was born from someone picturing a blank page with just a search box on it.

And what about blogging – ‘let’s make a platform where people all over the world can tell each other about what they had for breakfast, post up images of their kids playing with food or discussing their favourite hobbies such as stamp collecting, topiary or baking bread’.

Can you imagine the reception that would have got?

And yet, these ideas have taken hold, and now shape our very society.

They may not have sounded too brilliant at the time, but inspirational people had the vision, instinct and drive to make them fly.

It’s time to put your reservations to one side and stand firm in your ideas for your business, and your blog.

Just because something hasn’t been done before doesn’t mean it isn’t a great idea.

If you’ve been toying with a new way of thinking, considering a new system or technology, or simply have a great idea to make your life and those around you that little bit more simple, why not take the jump and develop it?

Sometimes, all you need is a little faith in your instinct to set you apart, create something magical, and have the last laugh on those disbelievers.

If Columbus managed it, there’s no stopping someone like you!

18 Responses to Want Online Success? What Is Stopping You?