You are here: Home › How To Make A Blog and a Blog Income › You Are Nicked: The Dangers Of Plagiarism
0 Flares Twitter 0 Facebook 0 Google+ 0 LinkedIn 0 Email -- Buffer 0 0 Flares × 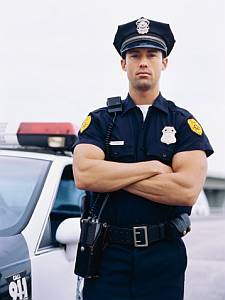 Have you ever been tempted to use words which aren’t your own, for a blog article?

Admit it, sometimes we come across articles that are so inspiring, we wish we’d written them ourselves.

Some people seem to have an ability to produce writing that is engaging, informative and simply irresistible – the ‘born bloggers’ who manage to nail the right mix of style, content and humour to produce a fantastic article that we would have killed to pass off as our own.

Just as when we see a fantastic painting and wish we had produced it, so we can get envious when we come across a great blog article or piece of writing.

The thing is, writing of any sort, just like art or music, is subject to a great deal of legislation, and over the past few years documents such as e-mails and blog articles have come to be regarded as legal documents in courts all over the world.

When we were at school, plagiarism was frowned upon because it showed a certain lack of creativity, hard work or effort.

Why bother writing a story, when you could pinch one from somewhere else and modify it a bit?

The most we could expect was a rap on the knuckles with a ruler.

Since the launch of the web, however, things have changed. Plagiarism is easy to spot with sites such as CopyScape where we can check the originality of documents, and it isn’t just lazy to steal words and publish them under our own name – it’s downright rude.

Think about it this way – if you has spent an evening crafting a pithy, engaging and informative blog post, and then found out later that someone had popped in to your site and stolen it, publishing it under their own name, how would you feel?

It’s the equivalent of being burgled – you’ve invited someone in to your own space online, only to discover that they liked your work so much they wanted it for themselves.

Decent people don’t do that with cars, or houses, so why do so many people think it’s acceptable to do it with words?

It happened to me, last year, that an unknown person or company took an entire site of mine, full of articles and resources, and simply picked it up, copied it all, and published it again somewhere else. Apart from feeling as if I had been paid some form of warped compliment, I was also furious. A resource which I had spent months of my life building up, for my own benefit and to help my customers, had been appropriated in the same way as someone would nick a television. It made me feel frustrated, helpless and very annoyed.

The site was eventually taken down, but it took me a lot of work and effort.

You can read about it here: I Hate Content Thieves

This is when it came to me – when we plagiarise other people’s work online, we aren’t just being lazy or reproducing work we admire. We’re actually stealing property – admittedly, intellectual property isn’t the same as waking up one morning to discover your house has been ransacked, but the principle is the same.

By all means, contact people you admire online and ask their permission to reference blog articles, link to them, or quote them. Most people will be delighted that you like their work enough to reference it. The web is a very large place, but it’s also easy to track down owners of content and open up a dialogue with them – you could ask them to guest blog for you, if they aren’t keen for you to reproduce their work, or even, as a worst case, spin content until it is completely unrecognizable from the original if you really feel passionate that you need to publish something similar on your blog.

So, if you’re ever tempted to grab some copy from a site and pass it off as your own.

Laws are getting stricter, online morals are getting formalized, and above all, there will be someone somewhere feeling a bit like you’ve burgled them when they see their words passed off as someone else’s!

Has your content ever been copied and use elsewhere? Please share your experiences in the comments below.

23 Responses to You Are Nicked: The Dangers Of Plagiarism