You are here: Home › How To Make A Blog and a Blog Income › blogging guide › Liar Liar Your Bums On Fire
0 Flares Twitter 0 Facebook 0 Google+ 0 LinkedIn 0 Email -- Buffer 0 0 Flares × 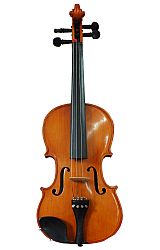 Yesterday at 10.36 I received an email from Clickbank saying a customer who had purchased my Mastering Public Speaking course wanted a refund.

The reason: “I was not satisfied with the product. Product did not meet expectations.”

That’s fine – the course doesn’t suit everyone and you expect a small percentage of returns.

The thing is, I had not received an email from Aweber telling me someone had confirmed their purchase.

To use Aweber and comply with anti-spamming laws when someone signs up to receive emails, they have to confirm first. After confirming, Aweber sends them the email with details on how to download the product.

I thought it a bit strange that the buyer of the course had asked for a refund and not confirmed. How could they say, “I was not satisfied with the product. Product did not meet expectations”, when they hadn’t even downloaded the product?

Fifty-six minutes later, I received the Aweber email saying the buyer had confirmed. They now had access to the product.

Some of you might be thinking, “Well, it’s the timing of things. Aweber may have been slow in sending me the emails”.

That could be true. But the product is pretty vast with hours of audios and takes a while to download…let alone go through and listen to…then make your mind up and think, “It’s not for me”.

So I have made the assumption the buyer is conning me. He has the product, I have no money…that’s the on-line game for you.

So if you get someone called Foli from Germany ordering something from you…expect to be asked for a refund.

29 Responses to Liar Liar Your Bums On Fire