You are here: Home › How To Make A Blog and a Blog Income › blog income › One Thing That Could Make You Instantly Happier
0 Flares Twitter 0 Facebook 0 Google+ 0 LinkedIn 0 Email -- Buffer 0 0 Flares × 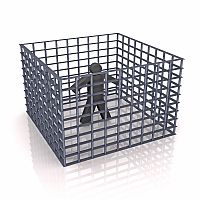 Do you feel happy and satisfied at work?

If you answer ‘yes’ to the above then you are in the small minority that are.

According to a recent study by Lifetime, only 6% of us are completely happy at work.

For the rest, work is a chore…a source of misery. The study goes on to say that almost half said they regularly feel unhappy at work…even depressed.

And a staggering 66% say their job gives them little satisfaction BUT they would be content at work if they were self-employed.

So what stops them becoming self-employed?

Which I can totally understand.

I worked for corporate companies for the first 30 years of my career and I was always envious of those who left and set up their own business. Some decided to go into property maintenance, some opened bed & breakfasts and others started their own retail business.

Although I was envious I totally admired them. It wasn’t as if they just jumped ship from the corporate world into their new business journey. Many had been planning on their own business for years.

There was one guy who really jumps out in my memory.

I often wondered why.

Then one day I found out.

In his spare time he purchased houses and converted them into flats. Then rented them out, cheaply to students.

All his spare time was taken up maintaining the flats and looking after his tenants.

He purchased his first house, converted it into flats, and rented it out. The rent just about paid for all the loans and mortgages he had taken out in order to buy the house.

Within months, he re-mortgaged the first house to get a deposit on a second house. He converted the house into flats and gain rented them out.

He did this over and over again.

I am going back a few years – this was during the housing boom.

Then one day, he came into my office and resigned. “I’m retiring”, he said.

Guess how old he was?

29 years of age and retired.

He had purchased numerous houses in a very vibrant city during the housing boom.

He sold up and made almost £1m in profit.

I hear he now runs a little bed & breakfast in a seaside town – just for something to do.

What do you think?

He does want he wants. He has the freedom. No boss.

He does exactly what the rest of us want to do – work for ourselves.

I loved my corporate career. I was in the 6% of those that were happy. I had lots of accountability and I was well paid. I had the company car, a big house, a mortgage, and private health insurance, a family.

I was tied into the corporate world.

Then the corporate world entered the time of downsizing and mergers and acquisitions.

I worked for companies that were taken over.

I worked for companies that merged with others.

Thousands were made redundant.

I must have survived at least 6 or 7 rounds of redundancies.

As a Manager, making people redundant is one of the hardest tasks to do. It is horrible.

The days of ‘job for life’ were over.

I thought, “I had to start my own plan of escape”.

One day, I would not survive the redundancy chop.

What would I do if I were made redundant?

I was used to a regular monthly check.

I was used to having the company car.

I had a mortgage and family.

I did try a few things on the side to boost my income like MLM, ebay buying and selling but they never worked. Not for me anyway.

I was always interested in finding other ways to make more money.

On day, I was talking to a friend and he said, “have you thought about making it on-line…selling your expertise?”

This was almost 5 years ago.

I knew nothing about working on-line, so I started doing some research.

I was quickly excited. There were sales pages for all sorts of products promising to make me a millionaire within months.

I needed to act fast but I was totally overwhelmed.

How are you supposed to follow the gurus when one tells you “You need a niche” and the next one says, “Build a list”? Another says, “Create and sell your own products”, and the next says, “Sell other peoples’ products”.

“Give away something for free…”

“Build a relationship with your customers…”

“Use the best keywords…”

I decided to find myself a mentor. I did and he helped me, guided me.

I created my free giveaway, my first product and my first website and sales page.

I was on my way…I’m going to be rich!

I worked evenings and weekends.

I spent thousands of dollars on products and services.

As I say…that was 5 years ago.

Two years ago, I gave up the corporate world.

I was at the time of my life when there was more to life than working your socks off each day. I had to give it a go.

It took me 3 years of working evenings and weekends.

Jumping around from one way of making money on-line to another.

If someone says to you it is easy to make enough money on-line to live on, in a short space of time…don’t believe them.

It will take longer than a few months and don’t let fear stop you.

If you are working in the 9-5 world today but you want a way out…start your own plan b today.

Don’t wait until it is too late i.e. you are made redundant.

These questions may help:

What would you do tomorrow if you lost your job today?

What would be your financial situation?

How would you cope with such a situation?

You may wish to check out my course that shows you the exact steps to build an on-line business.

Find out more details by going here: build your own on-line business

Most people on the course are using it to escape their own 9-5 world.

Blog Expert Series: Two Words That Work Like Magic For Your Business
Why Blogs Are A Green Option For Business Owners

59 Responses to One Thing That Could Make You Instantly Happier