(This posting contains NO affiliate links)

John Carlton is at it again.

I have invested a lot of money in my Internet Business and I can honestly say John Carlton’s Simple Writing System Program is the best ever course I have completed. 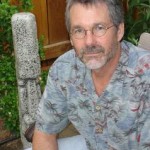 John Carlton "The most ripped-off and respected copywriter alive."

Have you heard of John Carlton?

So I did some research and all I found was praise for John.

Before I buy a course or piece of software, I always do research and see what others are saying about it.

So, back to John’s Simple Writing System…I took the plunge…invested some of my money.

My learning curve was fast…I was receiving personal feedback from some of the biggest names in copywriting including John.

Just a little warning…the feedback can be disheartening…you think you have been doing something right…when in fact, you have been making huge mistakes. There are no-holds barred when it comes to the feedback…but obviously in a positive way.

At the end, you have a 17-step process that works every single time.

What about the results?

The sales of one of my products tripled as a direct result of applying the techniques I discovered during the course.

Now if you want to see (and hear) more of what I say and what others are saying (including Mike Filsaime and Frank Kern) about John’s Simple Writing System, and get some free goodies just click here:

Use The Best Google Keywords To Generate Internet Traffic
Internet Marketing Obstacles: How To Overcome Them