This is what Google announced recently:

“For the last several months, a large team of Googlers has been working on a secret project: a next-generation architecture for Google’s web search. It’s the first step in a process that will let us push the envelope on size, indexing speed, accuracy, comprehensiveness and other dimensions. The new infrastructure sits “under the hood” of Google’s search engine, which means that most users won’t notice a difference in search results. But web developers and power searchers might notice a few differences, so we’re opening up a web developer preview to collect feedback.”

So the new Google will be faster and more accurate.

Faster is easier to explain. Basically performing a search will be quicker.

What does that mean?

The number of sites that Google says are using the same keyword phrase will be more accurate?

The websites in the top 10 returns will be more accurate?

You can ‘play’ and compare the current and the new Google here:

I compared some of the keyword phrases I use in my blogs. Here’s the before and after images…

For the keyword phrase, “blog income”:

WeBuildYourBlog in the current Google is in position 3 (out of 65.5m) 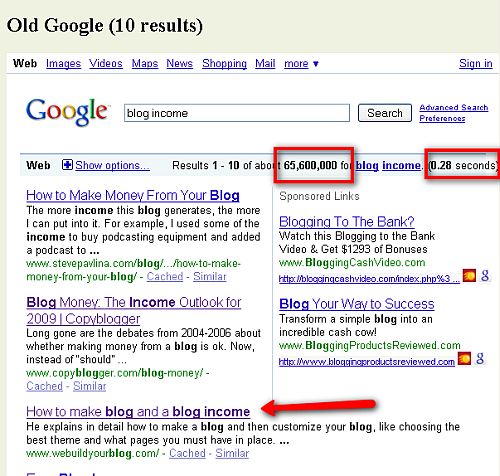 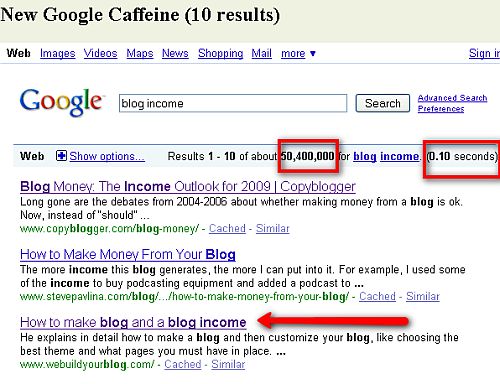 So no difference to my position but you can see there is a marked difference in the number of sites that Google thinks uses the phrase “blog income” and it was almost 66% faster.

Back on 5 August, WeBuildYourBlog.com was in position 5 for the phrase “blog income”, so my backlink strategy is working.

Another comparison for the phrase “Article writing service” and one of my other sites, www.thedigitalarchives.com 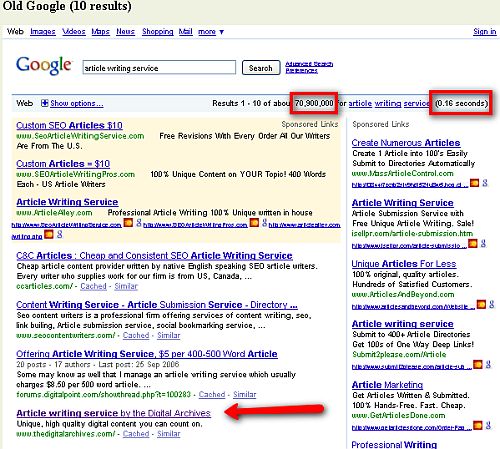 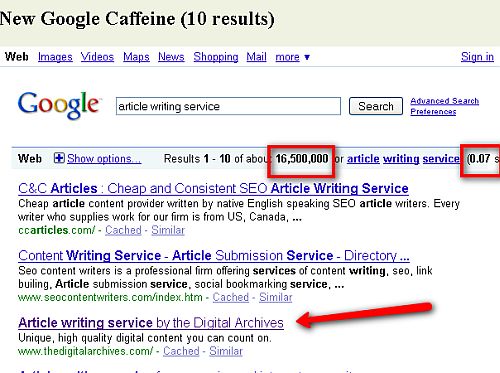 Again, notice the difference is speed of return of the results.

Back on August 3, theDigitalArchives.com was in position 6 for the phrase “article writing service”

So, just a quick comparison and the sites and keyword phrases I checked are no worse off and one was actually better.

I’m sure there are many more changes to be applied before Google Caffeine becomes the new Google standard but at least they are being upfront and telling us about their plans.

Is It Just a BIG Lie?
Stop losing website visitors with this simple task