You are here: Home › How To Make A Blog and a Blog Income › What Being Drunk Can Teach You About Blogging
0 Flares Twitter 0 Facebook 0 Google+ 0 LinkedIn 0 Email -- Buffer 0 0 Flares × 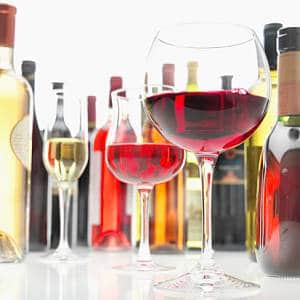 I haven’t been properly steaming drunk for many years, but I still remember what it felt like to have the most amazing evening of my life, only to wake up in a mess hours later, fully clothed and with a hangover that lasted for about two days of misery.

While it was great fun at the time, the repercussions were always tough to deal with – it was about weighing up the pros and cons and deciding that a heavy night in the pub was worth paying for later. It never seemed like a good idea afterwards, but at the time, knowing what I would have to deal with, I still used to go out and do it!

Often the temptation to use the blog for purposes other than serving our customers can be too good to resist – after all, what better platform do we have to vent frustrations, call people out for various things, or generally sound off?

As soon as we publish a post, we’re able to see the responses from people, and there is very little so gratifying as seeing our work being responded to for better or worse, online.

What seemed like a fabulous idea when we were angry, frustrated or trying to achieve a certain outcome can become difficult in the cold light of morning when we have given our minds a chance to process everything and put things in to perspective. I’m going to tell you a story, and by the end of it you’ll know why I see drinking and bad blogging as being a very similar practice!

A colleague of mine was chafing at the bit for over six months after doing some services for a client. The client in question had commissioned work from him, and yet despite repeated efforts to gain payment through invoices, the client had for some reason decided not to bother paying. The job was worth hundreds of pounds, and my colleague (let’s call him Bob), was under immense pressure to regain the money from the time that had been invested.

Obviously, while Bob had been working on the job, he had not been earning through other customers, which meant he had fallen behind in his income generation for the couple of months it had taken to do the job to a good standard.

Now, Bob was losing sleep over this refusal to pay.

He ran a great blog which was popular, so he decided one evening after worrying about how to resolve the situation to use his blog to ‘out’ the non paying client. He dashed off a truly angry blog post and bombarded Twitter with tweets referencing the non-payer. He told the truth, avoided any bias, but turned his blog in to something other than a customer services platform. Instead, he used it to vent his anger and bring public shame to the non-paying customer.

Within days, the customer had settled up the outstanding account, but there was so much bad feeling on either side that they would never have the opportunity to patch things up.

It’s undeniable that it can really work, using your blog as a soap box to name and shame people who cross you in business. However, even though Bob got the desired result much more quickly than he would have by threatening court action, it didn’t feel good to him. He was left feeling that he had compromised his customers by airing a private work grievance in public, and it had brought out a side to him which he would rather, in retrospect, have kept offline.

So, this makes me think blogging and drinking have a whole lot in common.

It’s easy to go out and get drunk, only to suffer later, just as it is easy to post up angry articles shouting about other people’s professionalism. However, in the days that follow, you may regret your actions. Just as you can’t undo the last two shots of tequila from the night before, so it can be tough to delete posts that have already been read, responded to, and shared across the web.

What’s your view? Would you do the same as Bob?

6 Responses to What Being Drunk Can Teach You About Blogging