You are here: Home › How To Make A Blog and a Blog Income › Internet Marketing Advice › Is Communication Moving Too Fast For Its Own Good?
0 Flares Twitter 0 Facebook 0 Google+ 0 LinkedIn 0 Email -- Buffer 0 0 Flares × 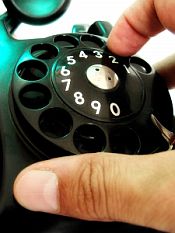 We live in a world where technology surrounds us everywhere, from the computers we work on, to the cell phones no one seems to be without.

I know I feel lost if I accidentally forget to pick up my phone when running out to the shop.

Our phones are becoming more and more like little computers in our pockets. The Apple iPhone is a perfect example; it’s not just a phone but also a contact book, a web browser, an access in to social networking, and a camera, to name a few of its features.

Now, these are features that have been growing in popularity on cell phones for a few years but Apple (and many other companies alongside them) have taken it even further with the applications that can be added to your memory.

My own phone contains well over 5 Gig of my favorite music. I can watch movies and television programmes on it, and I could record short films and immediately send it by IM to my friends and family.

It contains my diary; it contains whole books in case I get bored on the train, I can shop for almost anything I may need, including groceries, and get them delivered to my door.

In short, I can run most of my life from this little device that fits in my pocket.

(The above is not true – I still have a ‘brick like’ phone…but it could easily be true!).

Is technology running ahead too fast?

As is usual with a fantastic new product, Apple announced the launch of the new iPhone 4 last month with fanfares and fireworks.

Unfortunately, even the launch didn’t go without a hitch.

As Steve Jobs was attempting to demonstrate the capabilities of the new generation phone, he asked the audience if they could come off their own wifi connections so he could connect the new phone to the network.

Then, only a couple of days after its launch, customers were reporting faults with their phones.

One of the biggest complaints I have seen in the last few weeks since the launch of iPhone 4 is that you can’t use your left hand to make phone calls, as part of the antenna is in the silver band around the outside of the phone.

Placing your hand over two points on the bottom left corner of the phone can corrupt your signal.

At the time of writing this, Apple were advising people to hold their phones another way to stop this, or to buy one of their recommended covers for your new phone.

Whatever your view on Apple’s new product, you have to admit they can make our lives as small business owners more simple.

You can easily sit on a train and write and post an entry on to your blog, as you rush along at high speed. There is no need to wait until you get back to your office PC or to drag around a laptop. With the invention of the notepad computer that can fit into a much smaller bag, it’s easier to make notes of ideas that come into your head at the most awkward moments.

Technology moves along at an almost supersonic speed, constantly trying to update and improve itself. Are companies trying too hard to improve on their competitors, trying to get us to buy their product without giving them time to develop properly, without ironing out all the kinks before they go on sale?

What do you think? Please share your views in the comments below. Thanks.

17 Responses to Is Communication Moving Too Fast For Its Own Good?