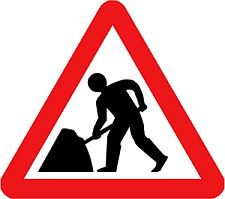 Over the past few years, the virtual world has become crammed with blogs.

As it gets easier for web users to create and own their own blogging sites, so the number of sites has increased dramatically.

It can be confusing to know where to start when it comes to setting up your own blog, and knowing what to do to make it a success.

Despite the huge influx of blogs on the net, it is still possible to make an income from this niche.

Blogging is not an overnight meal ticket to millions of dollars.

Rather, it is something which will probably start out as a hobby in your spare time (that’s how I started), and gradually become an addiction which you can continue to grow until it starts to earn you steady revenue. With patience and practice blogging can not only be hugely rewarding, but also lucrative.

That said, there are some blogs which have managed to harness the power of the net to earn a fantastic income.

One of the most influential blogs out there, The Huffington Post delivers news across America as it breaks, with superb guest bloggers and a great layout.

TechCrunch was founded in 2005, started as a blog dedicated to profiling and reviewing new Internet products and companies. In addition to covering new companies, they also profile existing companies that are making an impact (commercial and/or cultural) on the new web space. It has now grown into a network of technology-focused sites offering a wide range of content and new media.

Gizmodo provides reviews of gadgets and gizmos, inviting input from customers who have used specific gadgets. It is well-written and useful, letting people rate entries and offer contributions to the site.

Boing Boing describes itself as a ‘directory of wonderful things’. It collates interesting information, offers social commentary and elicits input from people all over the world to add to the directory. It’s a great way of passing some time in your lunch hour! Features cover things like gadgets, photographs, weird news, sport and politics.

No-one can resist the allure of celebrity gossip, and TMZ delivers that in bucket loads. This is the place to go for images of your favourite celebrities, news and events relating to Hollywood, and all things entertainment.

Described as ‘celebrity, sex and fashion’, Jezebel is a site dedicated to women of all ages. It covers everything the modern woman needs to know about vacuous subjects, delivered with flair. Written by a host of guest bloggers, the site features a fair amount of gossip, photos of celebrities and articles.

It’s worth taking some time out to see what these blogs have that bring them the widest global readership, and picking up some tips!

What blogs do you think ‘make it work’? Please share you views in the comments below.

Do you like unsolicited feedback?
How To Sell Your Product Online

21 Responses to Blogging: Who’s Made It Work?