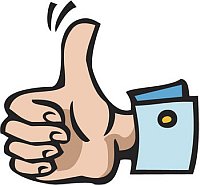 Last week I started my weekly post of my ‘up’ and ‘down’ online experiences: The internet marketing bad times

So this is what happened this week:

Free guide – How to build a profitable blog in 45 minutes

I’ve received some great feedback on my free guide,  “How to build a profitable blog in 45 minutes” and this week I got round to updating it. So I’m pleased as punch!

I’ve noticed that the big bloggers like johnchow.com, problogger.net blog almost everyday, so this week I decided to do the same.

Everyday this week I have written and published at least 1 new blog post.

20% more visitors this week compared to last week and 17% more than the week before.

I think I could handle a 20% increase every week – that would be nice!

As I have written a number of posts this week, I wanted to use the WordPress ‘future schedule’ facility. No problem in using, it’s real easy. It allows you to publish a blog post in the future, meaning visitors will only see the post when it is actually posted. Great for when going on holiday.

But I wanted to know if Google only ‘recognised’ the blog post once it had been actually posted (i.e. later in the week) or straight away when I saved the post to be published later in the week. I spent about 3 hours searching Google and still couldn’t find an answer and still don’t know now.

Not really anything to do with blogging but FIREFOX drives me mad! Don’t get me wrong, I love the facilities and functionality and I prefer Firefox to IE. But whenever it fancies, Firefox just grabs 1GB of my memory and stalls for about 15 minutes each time.

If I close Firefox, it starts to grab even more memory and 15 minutes later it will actually close.

I just don’t get it.

So again, I spent about an hour searching on Google for some fixes. I’ve just tried one today and will let you know if it works or not. I bloody well hope it does.

Last week in my ‘up’/’down’ times blog post, I mentioned I had purchased Mass Article Control.

This week I tested it out and I was disappointed. It basically “spins” articles so you can create thousands of “different” articles form one article.

It ‘spins’ them by allowing you to choose alternative words to replace the original word. Basically like having an on-line thesaurus and is just a synonym replacement tool. There is nothing fantastic about it. Just replace a few words here and there and Google will find you out!

I’ve asked for a refund.

2 Responses to Up and Down blogging times 14 August