You are here: Home › How To Make A Blog and a Blog Income › Writing Blog Posts › Blog Traffic: How To Triple Yours In One Easy Step
0 Flares Twitter 0 Facebook 0 Google+ 0 LinkedIn 0 Email -- Buffer 0 0 Flares × 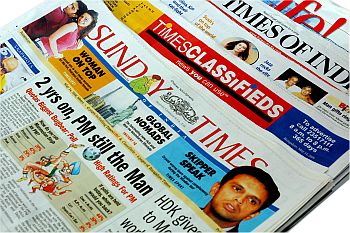 And for many their blog traffic will increase.

And many of us will remember exactly where we were when we first heard the dreadful news.

Where were you, when John Lennon was shot by Mark Chapman?

Do you remember what happened, what you were doing, where you were standing and who you were with?

How about when it was announced that Elvis was dead, or Princess Diana?

Or when Obama was elected the first black president of the United States?

Do you remember where you were when it was announced that Sadam Hussein had been caught?

Or that we were going to declare war with Iraq?

It’s funny how these massive events shape our memories.

Most people you speak to have a story to tell about one or the other of them.

A friend of mine remembers when she heard that Jeff Buckley died – she was at the beach with her then-boyfriend. Because she loved Buckley’s music, she can conjure up the car that her and her partner were sitting in at the time, and the smell of the sand and spray.

She even gives her boyfriend – long since an ex – particular memory space because he was with her when she heard the news. The same friend can recall every single aspect of the front room she was living in when she watched the terrorism on 9/11 unfolding in front of her.

Our brains link in key events with whatever we happened to be doing at the time they happened.  We tend to remember EVERYTHING about important events – not just what happened and how we heard, but seemingly inconsequential details like the picture on the cup of coffee we were holding when we heard, and the curtains hanging at the window when we watched the news that day.

It’s as if our brains combine every single detail of our environment and capture all of it, in case it may be significant. This is why you will remember who you were with, what they were wearing perhaps, and even the weather on the day you heard about Obama being elected.

This is important information when it comes to getting more visitors to your blog.

Now we have established that our brains make important links between world affairs, historical events, and the small details, it shows us a potential possibility for strengthening our blog writing.

When something happens in the news, we can pull that in to our blog and it brings a wealth of benefits for your blog.

So, the next time something significant happens, even if it’s just that your football team got promoted to a new league, or a freak weather occurrence has left us watching flying frogs, find a way of referencing it on your blog and linking it in with whatever you are writing about, that day.

As a direct result…you could get many more blog visitors.

Have you blogged about current affairs and seen an increase in blog traffic?

Save Time By Changing Your Approach To This
Successful Corporate Blogs: The Ten Steps Needed

26 Responses to Blog Traffic: How To Triple Yours In One Easy Step