You are here: Home › How To Make A Blog and a Blog Income › In The Beginning, There Was The Humble Weblog
0 Flares Twitter 0 Facebook 0 Google+ 0 LinkedIn 0 Email -- Buffer 0 0 Flares × 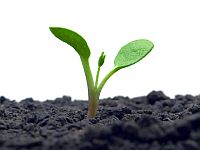 Can you remember a time before blogging?

Although it seems that the weblog has become as much as part of our lives as newspapers, they’ve only been around since 1994.

Before blogging became popular, digital communities took many forms, including Usenet, commercial online services such as GEnie, BiX and the early CompuServe, e-mail lists and Bulletin Board Systems (BBS).

In the 1990s, Internet forum software transformed the net by creating running conversations with ’threads’.

The modern blog evolved from the online diary, where people would keep a running account of their personal lives. This was practiced initially by journalists and diarists. Justin Hall, who began personal blogging in 1994 while a student at Swarthmore College, is generally recognised as one of the earliest bloggers.

Dave Winer’s Scripting News is also credited with being one of the oldest and longest running weblogs. Another early blog was Wearable Wireless Webcam, an online shared diary of a person’s personal life combining text, video, and pictures transmitted live from a wearable computer and EyeTap device to a web site in 1994.

Early blogs were simply manually updated components of common Web sites. However, the evolution of tools to facilitate the production and maintenance of Web articles posted in reverse chronological order made the publishing process feasible to a much larger, less technical, population.

After a slow start, blogging rapidly gained in popularity.

Blog usage spread during 1999 and the years following, being further popularised by the near-simultaneous arrival of the first hosted blog tools including Open Diary, LiveJournal and Blogger (launched in 1999 and purchased by Google in February 2003).*

Nowadays, most successful businesses have a blog, and there is as wide a variety of subjects covered as there are humans and hobbies. The most popular blogs seem to focus on celebrity news, politics and technical reviews, primarily because these sites capture specific demographics of readers, and cater to their tastes.

Opening blogging up to all

The confessional blog came along and demonstrated that anyone, anywhere, can create a successful blog. Housewives and husbands, hobbyists and enthusiasts have all made an impact with their writing, even when ostensibly it would appear there would be little to say. Some of the funniest and most engaging blogs focus on everyday life, cataloguing the highlights and disasters of regular people doing regular things. While these journals will never hit the top spots for viewing popularity, they still generate a wide enough readership to create a great income.

In a world where we are bombarded by blogs, how are we supposed to make an impact? The truth is, it is hard to build up a following and become successful through your blog.

However, it is still possible.

By writing interesting, engaging copy and paying attention to your customer requirements, you can still use the blog to both earn an income, and promote your services.

* Statistics and information for this entry has been unashamedly stolen from Wikipedia!

When did you start blogging? Please share your views in the comments below. Thanks.

Do NOT Buy Rapid Video Blogging Course
Planning To Sell Your Blog?

8 Responses to In The Beginning, There Was The Humble Weblog